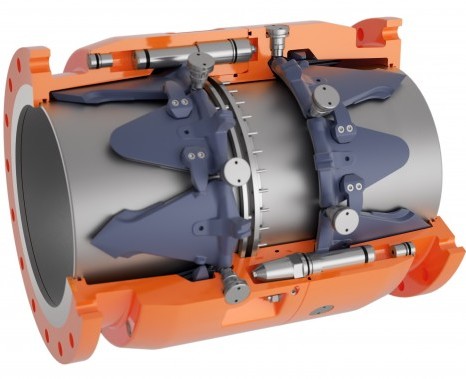 The two halves of the Flip Flap separate once either a pre-set load, internal pressure or combination of both activates the weak-bolts. As the discs close liquid transfer is prevented, containing liquid within each section of the separated hose.

Offspring shows the benefits of telemetry at SLOM 2019

Read more...
View all News...
We use cookies to ensure that we give you the best experience on our website. If you continue to use this site we will assume that you are happy with it.AcceptRefuse