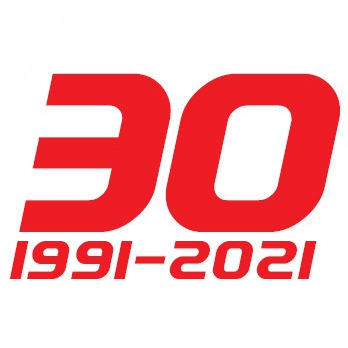 Founded in 1991, Offspring International is celebrating 30 years as a leading mooring and offloading systems supplier. In this time, Offspring has contributed to many ground breaking projects and industry developments in deepwater mooring ropes, Single Point Mooring (SPM) systems as well as pioneering the introduction of Chinese manufactured chain into the offshore market. Today, Offspring International has delivered over 80,000 tonnes of offshore grade chain across the globe and is the world’s leading supplier of Single Point Mooring hawsers.

Commenting on Offspring’s anniversary, managing director Nigel Grainger said, “Since starting Offspring International 30 years ago, the company has gone from strength to strength, contributing to some of the largest mooring projects including Devil’s Tower Spar in the Gulf of Mexico, at 5600ft the deepest mooring in the world at that time. Thanks to everyone in Offspring’s team for their hard work in helping the company reach this milestone.”

“We have enjoyed considerable success over the past 30 years for ourselves and our partners. We thank them for their support and look forward to continued success as operators maximise the productivity of their fields, while making the transition to new forms of offshore energy,” remarked David Rowley, director.

“Offspring International’s strength lies in our ability to offer the right products at the right time. With an already industry leading suite of offloading products from hawsers to hoses and valves, we are already looking for new opportunities in the floating offshore wind market,” said Mark Brooks, sales and marketing director.

A short history of Offspring International

Offspring International was established in 1991 focusing on the development of sales of chafe chains and fittings, pipeline supports and even office equipment to Middle East companies through a series of agency agreements with UK companies. “Our approach was to act on behalf of UK companies wishing to develop the Middle East market, based on the contacts we’d developed over the years. This proved to be very successful,” explained Nigel Grainger.

At the beginning of 1997, director David Rowley joined Offspring International bringing 25 years experience of the oil and gas, and rope industries from his time at Esso and Bridon. Initially, he joined to apply the Offspring International business model in other parts of the world, including Asia and the United States. However, with the global oil majors showing a growing interest in developing offshore oil and fields, leading rope manufacturer Quintas & Quintas approached Offspring to establish an Offshore Rope Division to supply single point mooring and deepwater tethers. The subsequent year the new division received its first order, securing a contract to produce GAMA 98 deepwater mooring tethers for Petrobas P36, at the time the largest floating semi-submersible oil platform in the world. The partnership continues to this day, with Quintas & Quintas now known as Lankhorst Offshore.

As well as giving Offspring the ability to supply SPM hawsers and deepwater mooring tethers, the agreement with Quintas & Quintas also provided the opportunity to offer other mooring and offloading products.

Through a navigational buoy mooring project in Nigeria, Offspring International was introduced to Zheng Mao Chain; after the success of the mooring project directors Nigel Grainger and David Rowley visited Zhenjiang in 1999, drawing up an agency/representation agreement. In 2000, Offspring secured the first major offshore chain order for any Chinese manufacturer with a CALM buoy mooring project in Thailand. Two years later Offspring supplied the offshore mooring chain, the largest made ever made in China, for the Devil’s Tower Spar. “This was a major breakthrough at the time. Few people in the offshore industry were aware of the improvements in the manufacture and quality of Chinese chain. We were delighted to have an agency agreement with Zheng Mao Chain and subsequently Asian Star,” notes Nigel Grainger.

Offspring’s latest agency agreement with Marine Division gives customers access to a variety of offshore valves and actuators for offloading systems, making Offspring’s integrated mooring and offloading equipment offering one of the most comprehensive available.

Complimenting its agency agreements, Offspring International has a global presence through its dedicated sales team covering Europe, North America, Brazil and Australasia. As the offshore energy market continues to evolve, Offspring is well placed to meet their needs.

For more information on Offspring International’s range of mooring and offloading systems call +44 (0)1384 453880 or email: mail@offspringinternational.com

Offspring International will be exhibiting at ADIPEC 2022 in Abu Dhabi, 31 October – 3 N

Offspring International will be exhibiting at SLOM 2022 in Cartagena, Colombia, 5–7 Octo